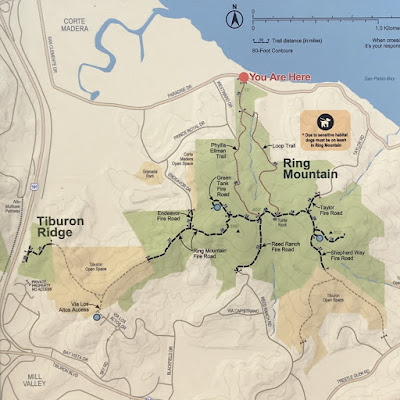 The Tiburon mariposa lily (Calochortus tiburonensis) is a species of rare flowering plant that, apparently, grows nowhere else on Planet Earth but the serpentine soils atop Ring Mountain Open Space Preserve in Marin County. Yesterday I spent three hours looking for the damn thing—five hours if you throw in the bus rides to and fro and the additional walk to the trailhead—tramping about the preserve with no real idea where the plants might be, no idea if they'd still be blooming, and no real idea how large or recognizable they'd be if they were (it's way late in the season and I'd heard reports that the flowers were well on their way out).


After a two hour solo ramble I was feeling a bit discouraged; it was windy as hell up there and the June grasses were tall and brown, hiding lots of detail in the folds and crags of the mountaintop. I was certainly enjoying the whole first-time adventure but realized that my chances of finding the fabled plant—and a blooming one at that—were fading with each passing step and each passing minute. Alas...as the sun slanted toward the summit of Mount Tam to the west, and remembering plans to meet some friends for a 5 o'clock beer at Sam's in Tiburon, I reluctantly turned back toward the trailhead. Disappointed that the search was a bust, I nonetheless kept looking on the tricky descent, my gaze volleying back and forth from one side of the trial to the other. I cautioned myself to take it slow, as well—do NOT trip and break anything, Palmer!—which was (as always) good advice, because, lo and behold, tucked near the base of another jumble of serpentine rock, hidden in a tangle of other flora, I somehow noticed a teeny-tiny little bloom.

Shaking my head in amazement (I still don't believe it!) and chuckling to myself with amusement, as I walked on I noticed a few more blooms here and there; all superbly camouflaged, and all much, much smaller than I'd have guessed. Further down the trail my chuckling turned to outright laughter, and, once I remembered that there was no one else around, my laughter turned to a big vocal skyward "YEE-HA!" in celebration.

I feel as tho I've become part of a somewhat small but blessed and wonderful subset of humanity...someone who's seen a Tiburon mariposa lily live and in person. (I also feel as tho I've crossed over into unabashed wildflower geekdom, here.) But throw in a slew of other blooms, including an abundance of shockingly pink/violet Farewell-to-spring on the last actual day of spring, and the fact that the trek was my first on Ring Mountain (WOW!), and, well...I'm pleased as punch.

Le printemps est arrivé! Along with some more rain, but that's okay...s'all good. (Well, not the flooding up in wine country; hate to see that kind of destruction caused by too much life-giving, nurturing, rejuvenating water.)

More pics of the 2019 wildflower bloom, followers, these from the Batteries to Bluffs trail south of the GGB. Was a gorgeous day for a hike, even when the fog rolled in and the temperature dropped! 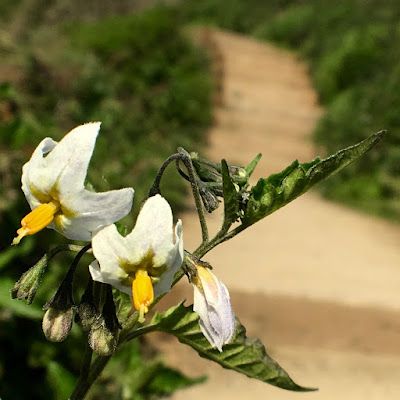 Second day off; second hike under warm and sunny skies. My trusty hiking buds Don and Heidi craved someplace new (I did, too), some trails we'd never before hiked, and we found 'em in Homestead Valley, on the lower eastern flank of Mount Tamalpais. Good tramp; 4.5 miles or so, with some impressive elevation gain, beautiful scenery in and out of the forest, lovely little creek crossings, redwoods, a delightful showing of early spring wildflowers (the parade continues), and virtually no other people on the (well-marked and cared for) trails! Loved it! 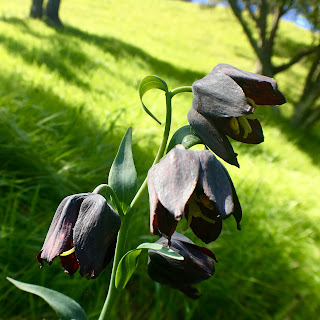 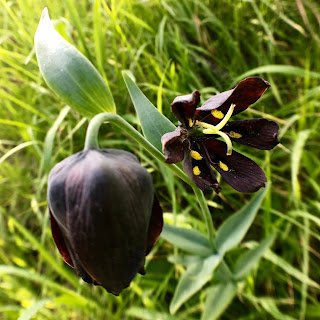 Hope you enjoy the pics and the wildflower updates.
More later.

Beautiful day out there today, with a few more to come before some potential rain returns to the Bay Area. See below for current wildflower pics from the Hill 88 loop hike above Rodeo Beach. Got two more hikes scheduled for tomorrow and Monday, so more pics will hopefully follow. May not yet be spring according to the calendar, but Mother Nature thinks differently.

The Heart of It All

Also known as: Things I learned (or relearned) while spending the entire month of July, plus a few days in August, in Cleveland, Ohio.

It's seriously hot back there in the summer. Hot and humid. But not all the time. A corollary of this might be: there's a big difference between 82 degrees and 92 degrees.

It's also green. Alarmingly, freakishly, splendidly green! I've lived in San Francisco for the past 30 years, and by July the Bay Area is already starting to become dangerously dry and brown and way too much like a tinderbox. (This year, once again, it is literally just that, unfortunately.) During my month+ stay in Ohio I was constantly, delightedly amazed at the cacophony of flora—all the towering trees and fat bushes and mowed lawns and myriad other plants and flowers—most of it, but not all, green green green!

Speaking of flowers: people go to TOWN on their front yard landscaping, both with annuals and perennials, and the blooming riot of color is eye-popping.

Enough of plants for the time being. Back to the weather.

I (still) love the ominous feel that somehow precedes a big storm blowing in from the west or north or wherever. It's almost indescribable, the sense of it, but in the air nonetheless. Brought me back to my childhood days on Macauley Avenue, feeling this again.

Which leads to...I (still) love a rousing, violent, hair-raising thunderstorm! Experienced a couple while I was in town and once again was transported back to our childhood house; to the front porch where we'd huddle together and watch the lightening, thunder and rain from a (yup, that's right) rusty old metal glider. Fricassee of children, anyone?

For several years now, during my summer visits back home to Cleveland, I've lamented (have been alarmed by) the lack of fireflies, but this trip there seemed to be a much healthier population all around.

That said...There is perhaps no sight as lonely as the sight of one single plaintive firefly, calmly blinking its way about an otherwise flash-less yard, briefly lighting up the dark night.

That said...Fireflies are (still) absolutely enchanting.

After wearing them for 34 days straight (not the same pair, of course) I realize that I could probably live the rest of my life in Gramicci original G-shorts and be one happy man.

Cleveland has got some hip scene happening! With bagels and other foodstuffs, with beer, with farming, with restaurants, music, art and more.

Heinen's Grocery Stores. Cannot say enough good things about Heinen's Grocery Stores! The family owned company embraces local—produce, meat, fish, what have you—and/or organic, but not exclusively; they offer very good prepared foods in all departments, pretty much; the stores are clean; their customer service is spot the hell on; the wine department and vinous selection is a-okay; and every 3rd week of August they celebrate the New Mexico Hatch chili harvest by fire roasting up bushels and bushels of 'em in the parking lot in those big traditional metal drums. I love Heinen's.


I'm a sucker for anything Great Lakes Brewing Company produces (have been for 25 years), but a cold-ass can of Palesner from Platform Beer Co. (founded 2014) is my new favorite summertime suds. 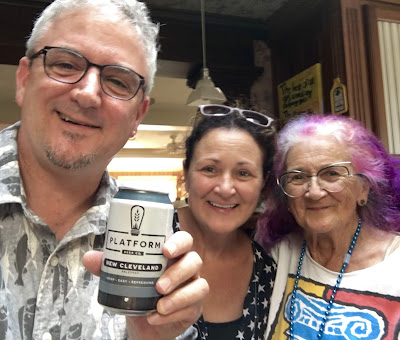 Ohio corn! When it's in season, there is no tastier. (Many equal, perhaps, but none finer.)

Ohio mosquitos! I'd forgotten, but learned anew, what it's like to have one's ankles covered in pesky bites.

Okay. Not sure I learned anything from the following, but here you go.

I love kayaking. (And I still want to kayak the Cuyahoga River down in The Flats.)


Speaking of the Cuyahoga River: the damn thing caught fire in 1969, almost 50 years ago, when, let's face it, a whole lot of polluted America might have easily done the same. So let's give it a rest, people.

Back to what I learned, what I already knew, and what I learn again every time I see my family.

Sunsets overlooking Lake Erie are consistently some of THE most spectacular in the world. Again and again and again. Period.


I'm sure there's more, but I'm also sure y'all have things to do.